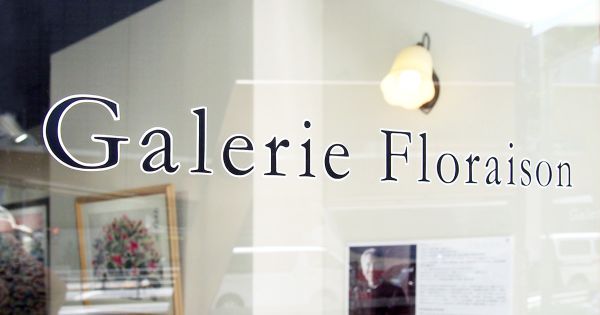 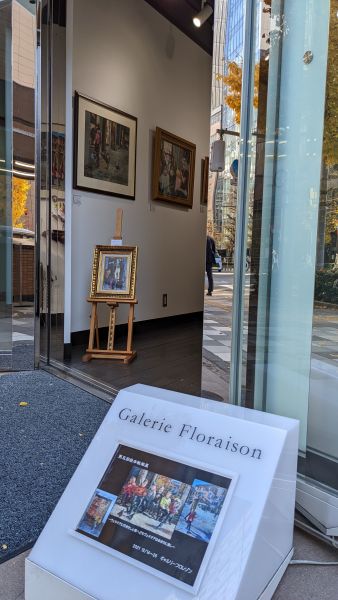 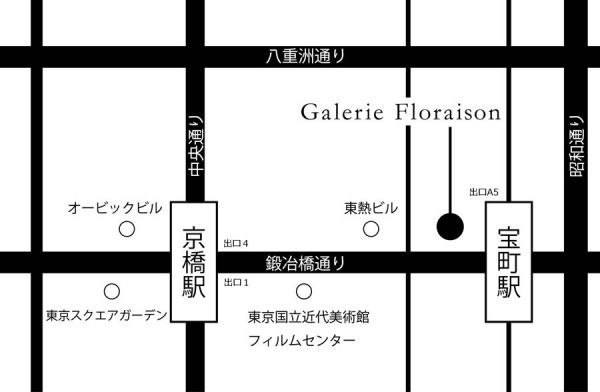 Exhibitions and Events During TAA 2022 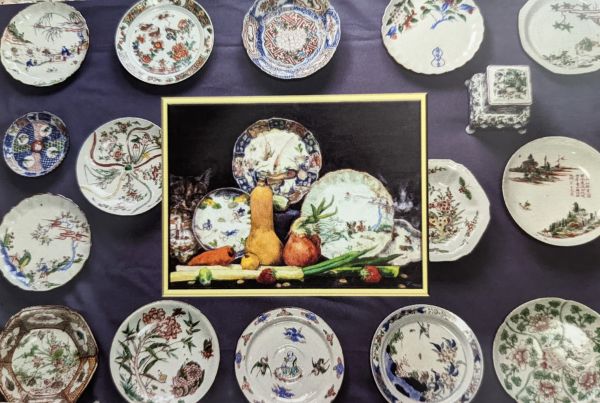 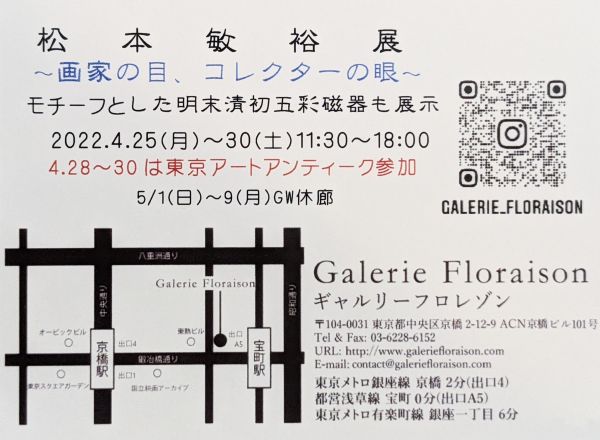 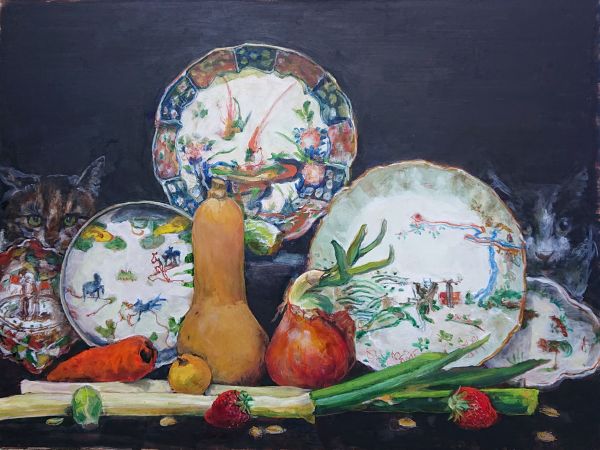 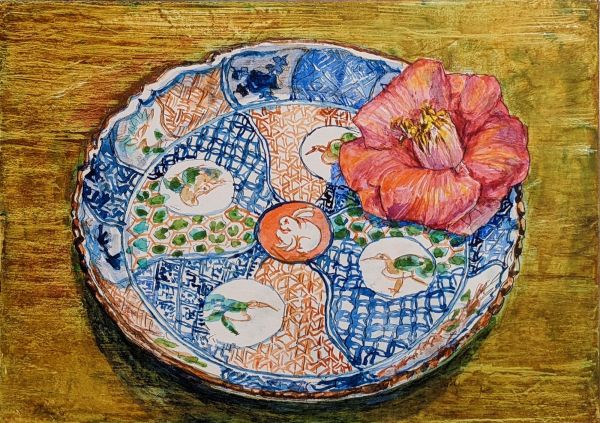 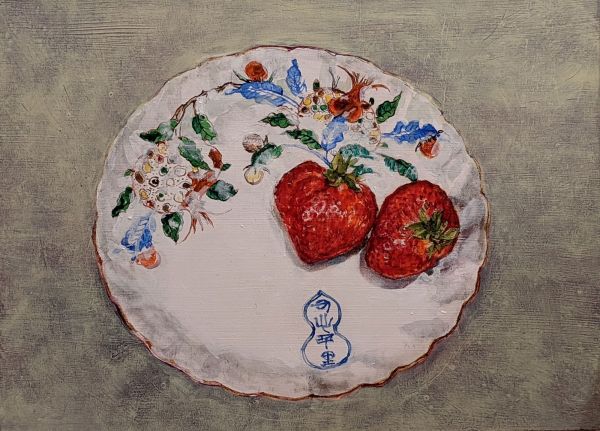 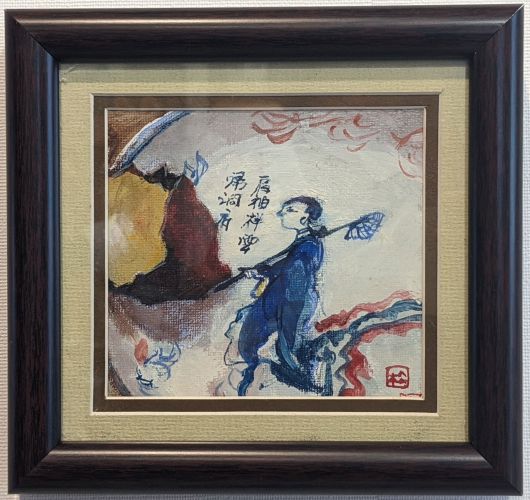 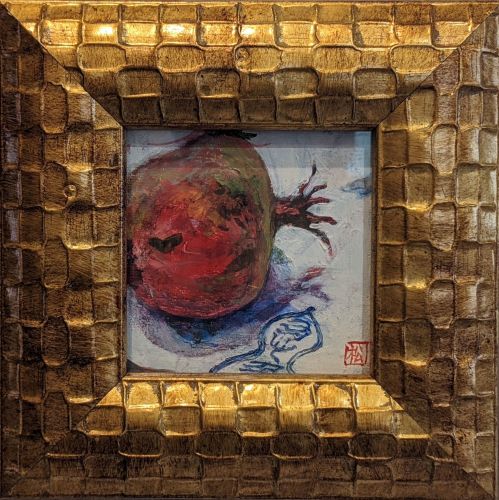 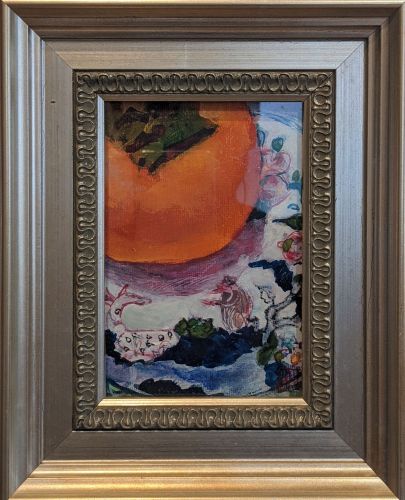 My collection itinerary and exhibition

In 1994, a special exhibition "Chinese Ceramics" was held at the Tokyo National Museum.
In the fall of the same year, I participated in a study trip to Germany and Portugal with the Kanagawa Prefectural Government dispatched to Europe by the Ministry of Education. I had a small jar of Gosai at an antique shop in Sintra, Portugal. At that time, I was teaching ceramic art to high school students, so I became interested in antiques and began to collect affordable color plates and Gosu Aka-e in the catalog in the antique market in Tokyo. At the National Museum, I opened my eyes to deepen my new learning about the modeling of pottery that continued from BC to the Qing dynasty.

With reference to the guidebook that introduced Tokyo's antique art stores, I began to push the heavy doors of one of Japan's leading appreciation art stores. Mr. Kuroda (currently the owner of Shibuya Kuroda Toen) at Marue Ono Shoten in Ueno Yushima, gave me a catalogue of the Kyoto National Museum "Ming dynasty Qing's first five-colored porcelain Nanjing red painting, color painting Shorui, Kangxi five-colored painting". It's been 27 years since I walked around as a collection bible.

After a few years of viewing the goods that convey my intentions at stores dealing in Chinese appreciation art in Nihonbashi, Kyobashi, Roppongi, and Minami Aoyama, the shop owners became to recognize me as a person who was particular about Nanjing Aka-e. And when I visit the shop, the owners tell me beforehand if there is something I am interested. Sometimes I am introduced to a rare pattern Gosai. Currently, 16 of the 30 items listed in the catalog are in my possession. I wonder how many of the same patterns were drawn on the vessel by the first craftsmen in the late Ming dynasty. The feeling of putting paint on. The position of dyeing the unglazed white dough with Gosu is slightly different. The position where the limited paint is placed is different. It seems to be his claim that the craftsman exchanged for mass production.

Since I was looking for an opportunity to display the Gosai collections together, I would like to offer people who are interested in art antiques at Kyobashi an opportunity to appreciate the real Ming dynasty's first Gosai paintings together with oil paintings as a motif. 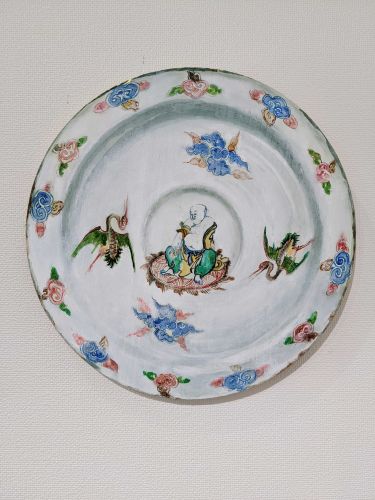 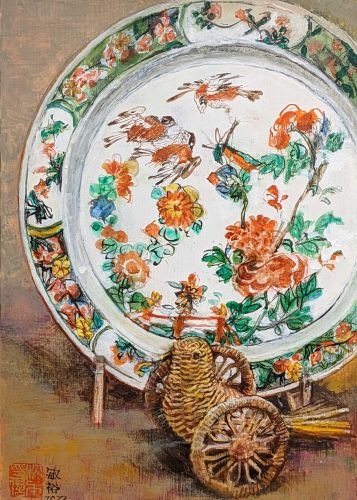 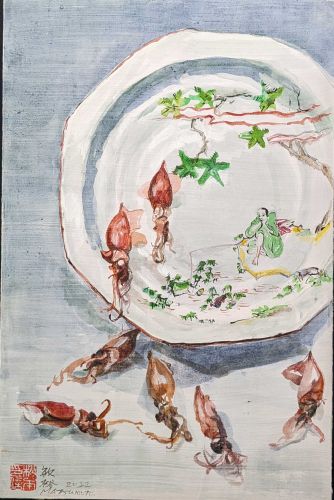 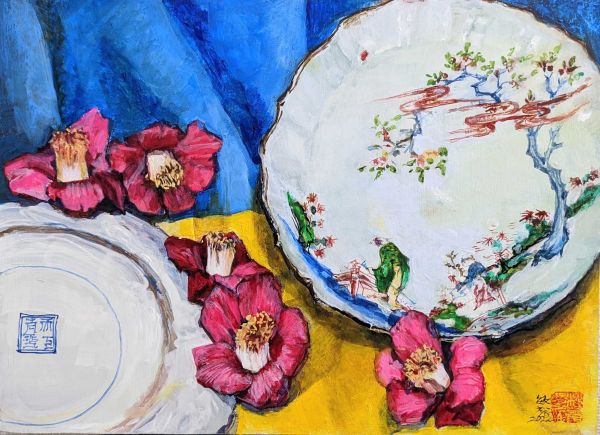 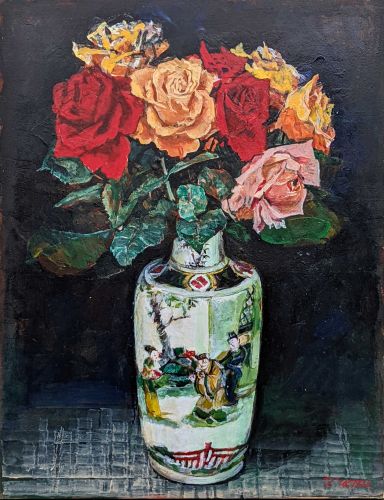 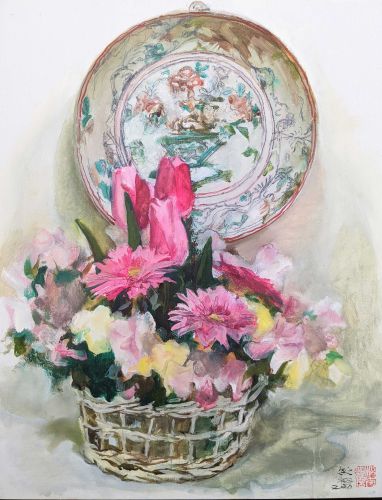 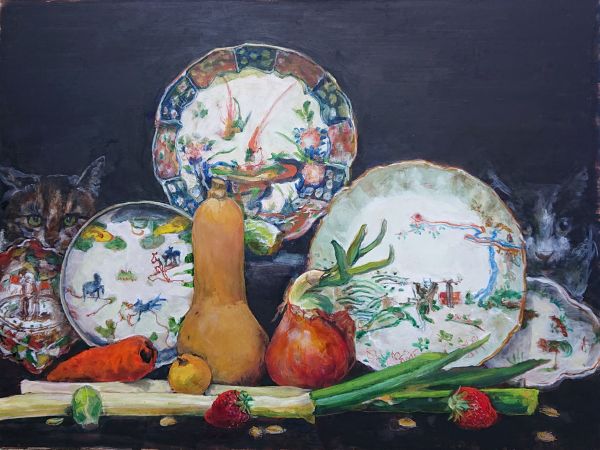 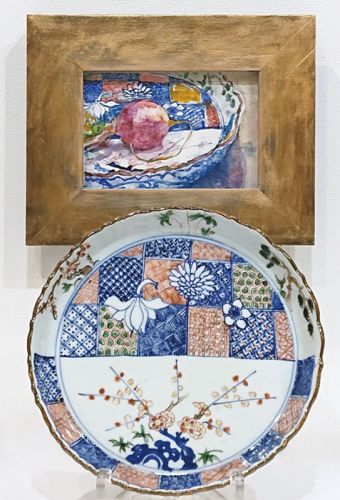